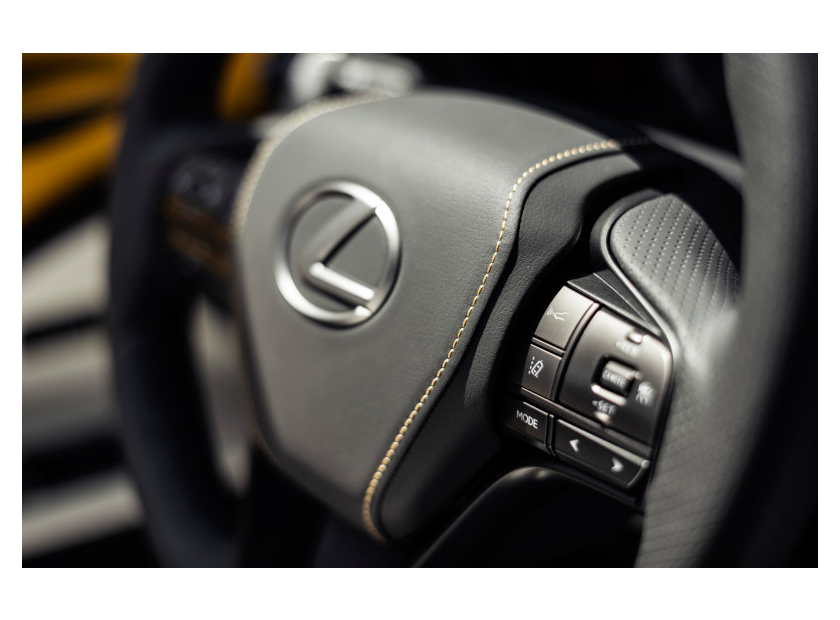 Lexus is readying itself for the Pebble Beach Concours d'Elegance, and for the occasion, the carmaker is introducing a new concept version of the LC in a striking color scheme.

The Flare Yellow exterior paint is coupled with dark, forged alloy 21" wheels and a carbon fiber roof. The yellow color continues on the inside, as the alcantara door panels match the outside. The leather seats also feature yellow stitching, as do the instrument panel, the center console and the glovebox.

The yellow car is the second stage in the Lexus LC Inspiration Series, and it was preceded by a blue LC500 in October 2017. Well, we say blue, but Lexus claimed the special paint itself had no blue pigment, and the impression of color was just the product of nano-structures embedded in the paint, which reportedly took eight months to produce. With the yellow paint, there are no such claims, but we wouldn't be surprised if Lexus told us it was made from crushed yellow pearls.

In addition to the yellow LC concept, Lexus is also displaying a customized version of the UX 250h. The VIP Auto Salon-built UX, wrapped in blue, comes with exterior enhancements together with a sportier suspension and exhaust setup, as well as a custom bike rack that holds a Lexus F Sport road bike.