Bentley preps 'Centennary Specification' for all models built in 2019 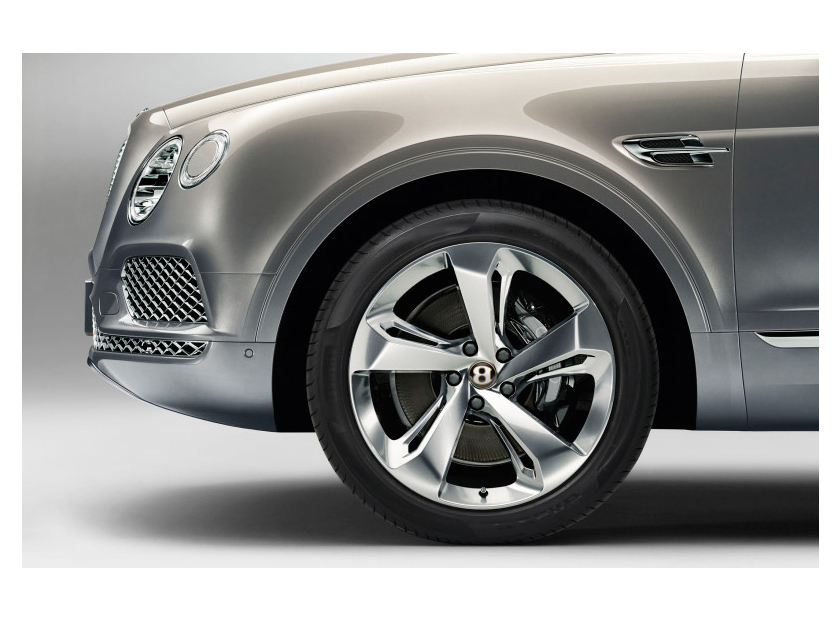 For the entirety of Bentley's 100th year in business, the English carmaker will adorn its products with a Centenary Specification. The package consists of unique badging with specially developed Centenary Gold badge highlights, available Centenary Gold thread for the headrest logos, contrast stitching and cross stitching, and a "centenary welcome light" outside the vehicle. The in-house craftsmen have also developed unique embroidery.

Bentley says the gold hue was inspired by metalwork on vintage models like the 1919 EXP 2 (pictured, red and silver) and 1929 Birkin Blower (pictured, green), the latter one of the company's Le Mans winners driven by Sir Henry "Tim" Birkin. The hue possesses an "elegant warm tone and a deep fluid shadow." The steering wheel badge, key fob, shift knob, and wheel center caps feature the tinted ring. The "B" badge on the radiator surround also features "1919-2019" script, and that script is found on the tread plates, too.

For those who don't know, eponymous founder Walter Owen Bentley's engineering career began with locomotives — which he loved more than cars at one point — and motorcycles, before settling on automobiles. He bought his first car in 1910, a French DFP, and after improving it himself, set a 10-lap record at the Brooklands circuit. In 1912 he opened a DFP franchise with his brother Horace Milner as Bentley & Bentley, and further upgraded the car with a new piston design that was 88 percent aluminum and 12 percent copper. The Royal Naval Air Service adopted Bentley's piston design and Bentley's re-designed Clerget airplane engines, dubbed the Bentley Rotary.

After the war, Bentley refocused on cars, and in 1919 released the 3-Litre, which boasted features like a cross-flow head, overhead cams working four valves per cylinder, and twin plugs in each cylinder. The company delivered the first production model in 1921, then went racing and won the second edition of Le Mans in 1924. That is how Bentley began to become "Bentley, ahem ...", and here we are. Next year, on July 10, the company plans to celebrate the feat appropriately.